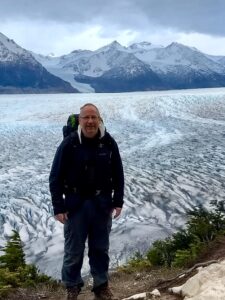 Richard’s primary hobby is backpacking. He has enjoyed multi-day treks in The Grand Canyon, Zion National Park, Yosemite National Park, Yellowstone National Park in the US, as well as the Laugavegur Trail in Iceland and the “O” Circuit in Torres del Paine NP in Chile (Patagonia). He became interested in backpacking as an offshoot of his 11 years as a leader in the Boy Scouts of America. He is typically able to squeeze in at least 3 multi-day treks each year. When he is not out hiking, Richard works in Operations for a computer based testing company (which is why he enjoys planning his outdoor adventures!).